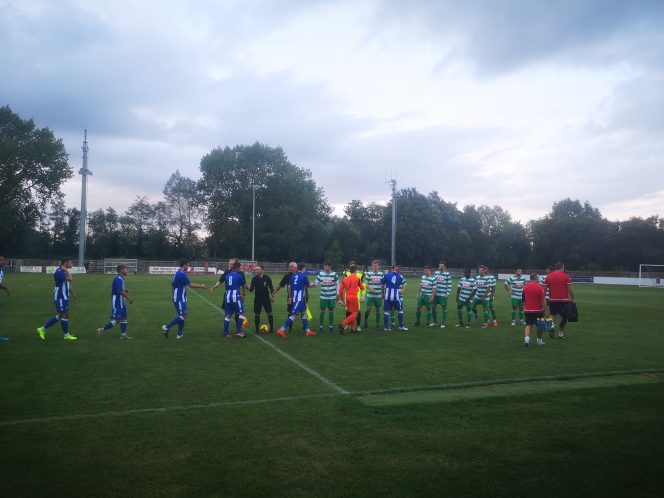 Thame’s unbeaten run continued as they drew 2-2 with Thatcham Town.

2-2 was a well deserved result and a great run out for both teams!

There was a good crowd in attendance at the Waterside Park for this pre season friendly with some cracking goals too.

Thame played the majority of the game with 10 men when the referee gave a red card to Thame Number 1 Hill, for a handball. Thame were made to dig deep in the second half and the players worked extremely hard to come out of this game with a positive result.

23 mins – Alabi with a classy touch to lift the ball over the goalkeeper onto the crossbar and in.

26 mins – West scores a worldie! Half volley and into the net it goes following from a great tackle by Ashworth to win the ball.