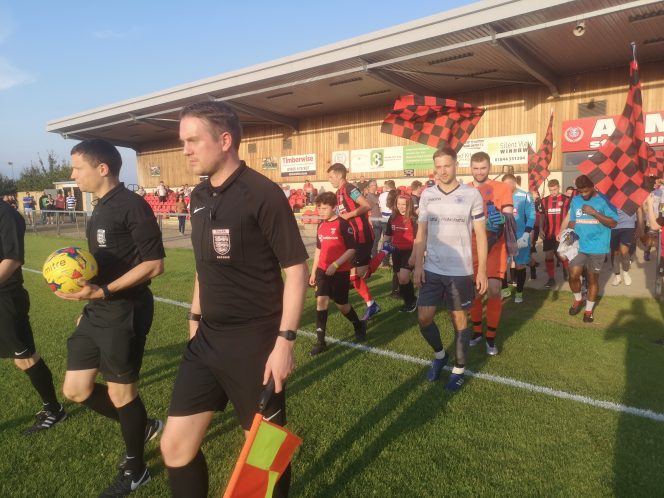 The pre season schedule continued at the ASM Stadium on Tuesday evening with Vanarama National League South side Oxford City making the short journey to Thame. This was also another great home attendance for the Red Kites for a mid week pre season game. With a real feature to the match having Thame Girls U10s and U12s present as mascots.

The deadlock was broken by a superb strike by Rowe 20 yards our which flew past the Thame GK.

Thame found a goal of their own with a weighted ball over the top by Tutton which was knocked down by West towards Goss. Goss managed to hit a half volley firmly on target towards King who could only push the ball away. West gambled on the ball and was able to tap the ball into the net.

This was a highly physical encounter for a mid July game. Thame suffered a setback with Lynton Goss with a suspected hip injury.

The winner arrived in the 85th minute with a rare mistake by Thame’s Hill in goal. Which led to him being tackled in possession resulting in a pass into the net by Fleet.