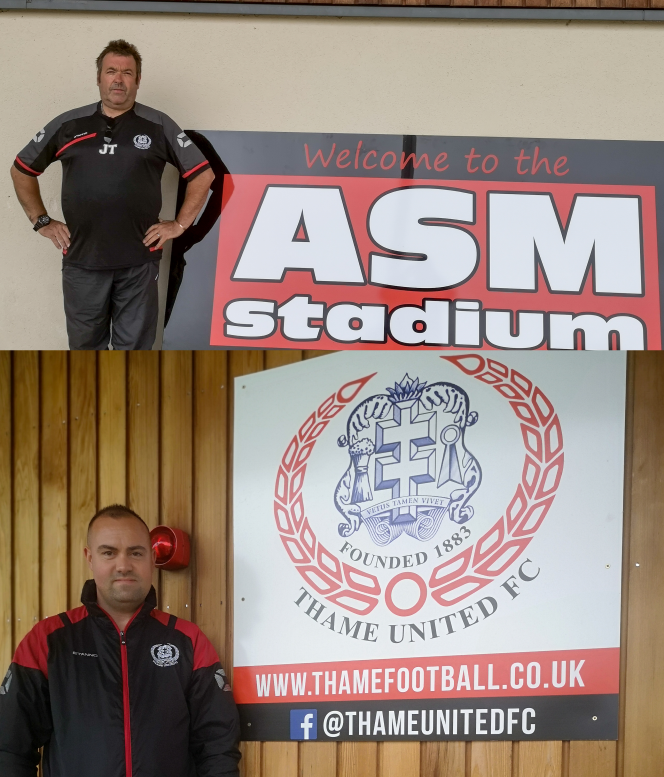 Thame Football have made the shortlist twice for the Oxfordshire FA Awards 2019.

Carl ‘Carlos’ Catling and John ‘Geordie’ Tuddenham will be representing Thame United and the whole of the Thame Football Partnership at the 2019 Oxfordshire FA Awards Evening which will take place at the Kassam Stadium on Friday 13/9/2019. It is unprecedented for the Partnership to have two people nominated for an award which highlights the high level of  achievement and the high regard for which the Partnership is held in the local community and beyond.

Chairmen of the Senior and Junior Section within the Partnership, Jake Collinge and Richard Carr, said ‘We are extremely proud that John and Carl have been nominated and will  be flying the flag for the Thame Football Partnership at the awards. We know that they are both in a state of shock but that they would like to take the opportunity to thank all those who took the time to nominate them for an award. This is a community club with some of the best pitches and facilities, and one of the best set of players and coaches at youth and senior level, in the whole County. There are so many outstanding people at the Partnership who spend many hours each week to support young people play football and our senior players compete at the highest level possible, and the nomination of John and Carl is recognition of this’.