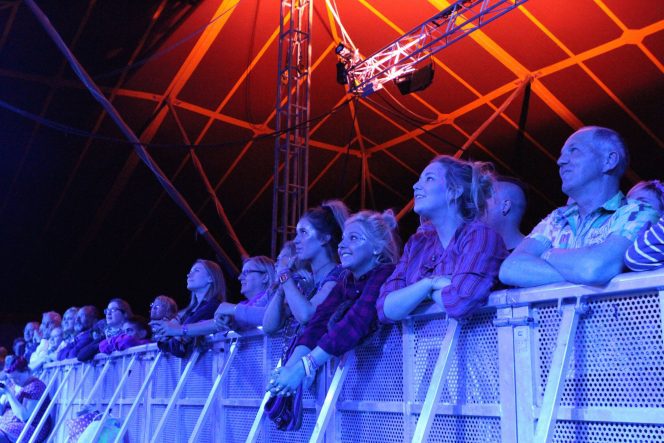 As official photographer, Phil’s been documenting the sights and sounds of Towersey Festival since 2006.

During that time, he’s covered everything from main stage acts and dancing crowds, to the atmospheric evening lantern parade and surrounding camping site.

The resulting images brim with colour, life and movement.

Photography has been part of Phil’s life since he was given a camera for his seventh birthday. Graduating from Norwich School of Art and Design in 1998, and now London-based, he specialises in capturing events and social occasions. He also has a passion for wildlife photography, and has twice been long-listed for the prestigious Wildlife Photographer of the Year.

Established in 1965, Towersey Festival is one of the UK’s foremost folk/ roots festivals. Based between the picturesque town of Thame and neighbouring village of Towersey, on the Oxfordshire/ Buckinghamshire border, this year’s festival (23-26 August 2019) features appearances from The Selecter, Steve Harley, Hothouse Flowers, Fisherman’s Friends and Seth Lakeman, alongside dedicated strands for children and young adults, an extensive workshop programme, street food vendors and real ale bars, and more.

For Phil, the annual event, which runs over August Bank Holiday, makes for an inspiring and unique subject matter.

“I’ve photographed other festivals but Towersey is my favourite, there is so much going on that it’s just fab’ to photograph,” he says.

“Part of what makes Towersey so special is that it’s like a big family. People come together that only see each other at Towersey, and I’ve seen people growing up at the festival that now bring their kids … it’s brilliant to see three generations enjoying the festival together!”