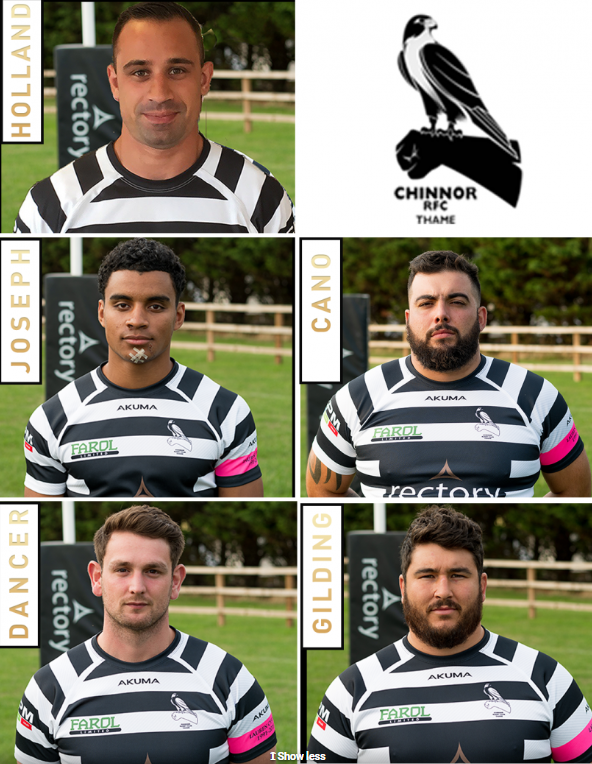 Matt’s DoR Ramblings for May….

Now our maiden campaign in National 1 has drawn to a close, the squad for next season is gradually taking shape as you will have seen by the pleasing retentions list plus the announced signings of Camilo O’Campo, Nick Selway, Joe Rees, Chris Elder and Will Harries.

Before we get too carried away with several more exciting new signings, I’d like to take this opportunity to thank all the boys who have given everything and put their bodies on the line this season to ensure that Chinnor retained their Nat 1 status.

Inevitably some lads will be moving on, which in such a tight bunch, is always tinged with sadness, and I hope they all enjoy success and happiness on their various pathways.

Centre Alex Dancer is taking up an exciting work opportunity and relocating to New York, Tight Head Jack Gilding (and Georgie and their young family) are moving to Wales where Jack will turn out for Welsh Premiership Champions Merthyr, as well as my first ever Chinnor signing, the lovable rogue Ricky Cano, is also sadly moving on to pastures new and we all wish the big guy all the luck in the world.

Due to travel time and work commitments, Craig Holland will be running out in Nat 1 at Rosslyn Park next season but hopefully not scoring quite so prolifically when we face him. I’m genuinely gutted to be losing Craig not just because he was so good for us this season but he is genuinely a really great bloke!

Finally, I’m absolutely delighted for Reon Joseph whose superb form for Chinnor was recognised by his parent club Ealing and has since taken his well-deserved chance in the Championship run-in. Reon scored some insane tries for us this year and carried on for Ealing in the final 4 games of the season.

I wish the boys and their families all the happiness on their various adventures and hope they return to Kingsey Rd to watch a game when time allows.

These are huge players to replace but I’m sure the class of 2019/20 will do us proud. In a league where standing still means going backwards we are building a squad to not only replace these losses but move upwards too!

Until the next time….