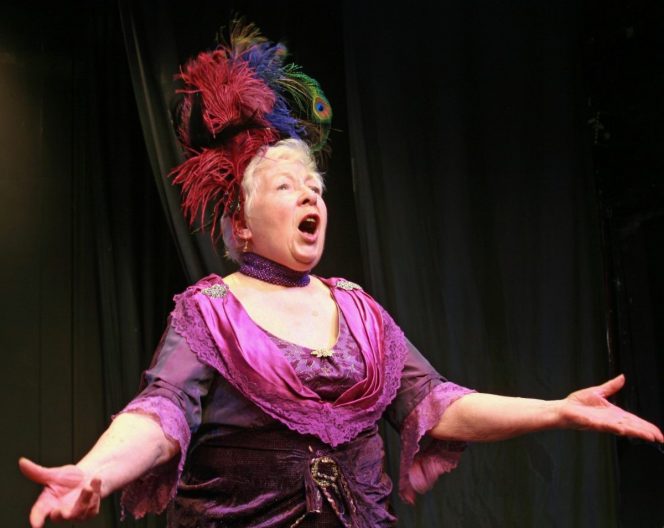 Thame Players are celebrating 75 years of entertaining audiences with their new review show, Landmarks, which they will be performing on Friday 26th and Sunday 28th July at the Players Theatre, Nelson Street, Thame.

Thame Players can trace their origins back to 1944, when they put on one of Thame’s fundraising events, held a few weeks after D-Day, to welcome returning soldiers home. Since then, this well-loved amateur group has gone from strength to strength, from performing only once or twice a year to audiences of just a few hundred, to today’s thriving theatre which has some 8000 people coming through the doors to see Thame Players’ own productions or visiting live shows and cinema screenings.

The Landmarks review, co-written and directed by Thame Players’ Bernadette Tildesley and Tony Long, tells the story of the group’s development in words, pictures and song, picking out important steps along the journey, including the 1977 acquisition of the building Thame Players owns today and the major theatre refurbishment in 2002. These landmarks will be interleaved with anecdotes and news about other major events which took place on the world stage in the same period.

The show will also feature excerpts from acclaimed Thame Players’ productions. They will include ‘A Live Show is the Best Show’ from Kindly Leave the Stage, which was performed to commemorate the Nelson Street theatre’s grand opening in 1977; an excerpt from Quartet, the first production following the theatre’s re-opening after the 2014 refurbishment; and a scene from Waiting for Godot, the celebrated Samuel Beckett play performed by Thame Players in 2002. Among celebrated patrons – including Sir Tim Rice, Bruce Alexander and Nicholas Parsons – was the late Robin Gibb of the Bee Gees, and a rendition of one of their songs, ‘How Deep is Your Love’, will be given. Amusing sketches that are sure to entertain audiences will include the delightful ‘Mortgage on the Cow’.

Satirical news pieces will be interleaved throughout, and some will be so topical that they are only going to be written a week before the show opens!

Landmarks promises to entertain and amuse in equal measure, as well as providing a nostalgic trip down memory lane for some. Most of all, it will offer a fascinating account of the story of Thame Players over the last 75 years, providing a unique insight into what makes Thame Players the thriving, vibrant theatre group it is today.

With just two performances on Friday 26th and Sunday 28th July, this is a show no-one can afford to miss! Tickets are just £5 from Spear Travels, Greyhound Walk, Thame, telephone 01844 217228, or go to www.thameplayers.co.uk.