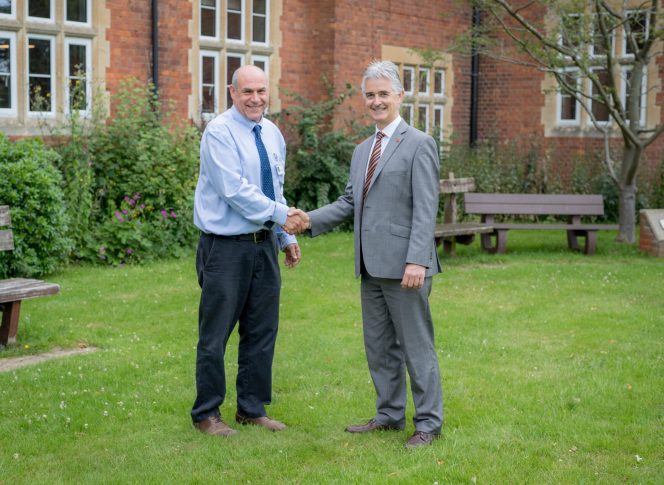 David Wybron joined the teaching staff at Lord Williams’s School in 1991 as Head of Humanities and teacher of History. He progressed to become Deputy Headteacher and then Headteacher from 2005.

Under David’s leadership, the school proudly achieved an outstanding Ofsted rating in 2011. Since then, he has continued to strive tirelessly for improvements and this has resulted in consistently excellent GCSE results, including the school’s best ever results in recent years.

After 28 years of dedicated service, David leaves with the school in an excellent position and one that the Governors believe is even better than 2011 when the current Ofsted outstanding rating was awarded.

Throughout his headship, David has also considered the bigger picture and was instrumental in the school converting to Academy status in 2012. He has also been key to the development of the Thame Partnership of Schools, which is now an empowered and effective group driving improvement in education provision across the full age range.

Irrespective of impact on league tables, David has always made decisions with the best interests of individual students and their progress as key considerations.

David Wybron commented, ‘I find it hard to believe that I have been at the school for 28 years. I can honestly say that I have loved being a part of Lord Williams’s School over this time. It has been a great privilege to be Headteacher over the last 14 years, to work and spend time with so many wonderful staff and students and to represent this splendid school in the community it serves.’

Mike Underwood, Chair of the Governors added, ‘David has been an outstanding Headteacher and the Governors publicly thank him for his tireless work. They wish him all the very best for the future and for an enjoyable retirement.’

The Governors are delighted to announce that David will be replaced in September by Jon Ryder who is currently one of the two Deputy Headteachers at the school.

The Governors welcome Jon to his new role and are looking forward to working with him as he leads Lord Williams’s School into the future.